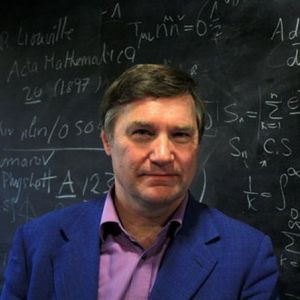 We are deeply saddened by the death on 26 September 2020 of Professor John Barrow, MMP Director since 1999.

John was a renowned cosmologist and mathematical physicist, and Professor of Mathematical Sciences at the Department of Applied Mathematics and Theoretical Physics, University of Cambridge as well as Director of the MMP. He is widely known as the author of over 20 popular science books, which have inspired other science communicators including Brian Cox and Jim Al-Khalili, and gave frequent talks at venues ranging from schools to 10 Downing Street and the Venice Film Festival.

John was an inspirational, kind and generous colleague, encouraging colleagues to explore and experiment with new ideas and approaches, and his energy, positivity and humour will be hugely missed. Under his directorship, the MMP was awarded the 2006 Queen’s Anniversary Prize, which celebrates excellence, innovation and public benefit in work carried out by UK colleges and universities. His personal interest in the maths of sport directly inspired our highly successful partnership with the London 2012 Olympic and Paralympic Games education programme. As well as being a fount of information on an enormous range of topics, John was a regular contributor to Plus, our online mathematics magazine - the Plus editors remember the experience of working with him and some of their favourite interviews and articles in this tribute. Most recently, despite his illness, John was proud of the important contribution our NRICH project was able to make by helping with emergency support for home schooling during the Covid-19 pandemic.

John inspired great affection among all his colleagues, and he will be greatly missed. Our thoughts are with his wife, Elizabeth, and family at this very sad time.