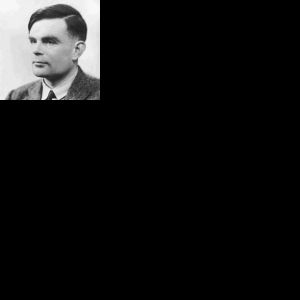 2012 is Turing year, celebrating 100 years since the great mathematician and code breaker's birth. Learn more about Turing's work with these articles from the Plus archive.

Alan Turing: ahead of his time

Alan Turing is the father of computer science and contributed significantly to the WW2 effort, but his life came to a tragic end. This article explores his story.

What computers can't do

Another look at Turing's life and work. Find out what types of numbers we can't count and why there are limits on what can be achieved with Turing machines.

How the leopard got its spots

How does the uniform ball of cells that make up an embryo differentiate to create the dramatic patterns of a zebra or leopard? How come there are spotty animals with stripy tails, but no stripy animals with spotty tails? The answer comes from an ingenious mathematical model developed by Alan Turing.

Omega and why maths has no TOEs

Is there a Theory of Everything for mathematics? Gregory Chaitin thinks there isn't and Turing's famous halting problem plays an important part in his work.

Turing is most famous for his work as a WWII code breaker. This article looks at the efforts of all the code breakers at Bletchley Park, which historians believe shortened the war by two years.