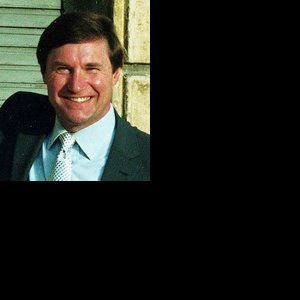 Professor Barrow has made enormous contributions to the public understanding of mathematics, particularly in his role as Director of the MMP, based at the University of Cambridge. The official announcement notes that the MMP has done a huge amount to develop mathematical interest and ability among school students and the general public with activities such as NRICH and Plus.

In a joint statement, David Youdan, Executive Director of the Institute of Mathematics and its Applications, and Professor Angus Macintyre, President of the London Mathematical Society, said: "Our two societies have a common priority of promoting mathematics both to school students and to the adult public. Society should not lose sight of the fundamental importance of mathematics, both as a foundation for much of science and engineering, and as a human endeavour aimed at understanding some of the deepest problems about the structure of our universe. Professor Barrow has been at the forefront of mathematics communication for many years and is world famous for his contributions to public understanding of one of the oldest, most beautiful, and most essential of sciences".

The medal is named in honour of Professor Sir Christopher Zeeman, FRS, one of the UK’s foremost mathematicians who spent much of his career at the University of Warwick sharing his love of mathematics with the public. In 1978, Sir Christopher was the first ever mathematician to be asked to deliver the Royal Institution’s Christmas lectures in its 125 year history. Barrow said: "As someone who was inspired by Christopher Zeeman’s compelling presentations of mathematical ideas as a school student, it is a great honour to receive this award that bears his name".

A tireless champion of mathematical awareness for several decades, Professor Barrow has won both the Royal Society’s Faraday Prize and the Kelvin Medal of the Institute of Physics. He has also engaged with the arts and in 2002 his play Infinities premiered in Milan, directed by Luca Ronconi, and won the Premi Ubu Theatre Prize and the Italgas Prize. The Italian edition of his book Cosmic Imagery, about the role of pictures in the history of science and mathematics, won the 2011 Merck-Serono Prize for Science and Literature. John D Barrow has also been both the Gresham Professor of Astronomy and Gresham Professor of Geometry at Gresham College, London and is a Fellow of the Royal Society.